The team was initially sponsored by the Therapeutic Recreation Program of the City of Charlottesville.  Later, a local center for independent living, the Independence Resource Center, also helped sponsor the team.

Now in their 40th season, the Cardinals will again field a team in the National Wheelchair Basketball Association (NWBA) this year.  In 2018-19 the Cardinals posted their 17th straight 20+ win season, finishing the year ranked 16th in nation.

In 2007 the Cardinals’ squad made the NWBA Final Four, losing in overtime to eventual national champion the Dallas Movin’ Mavericks.  Each season the team sets its sights on returning to compete for the national championship. 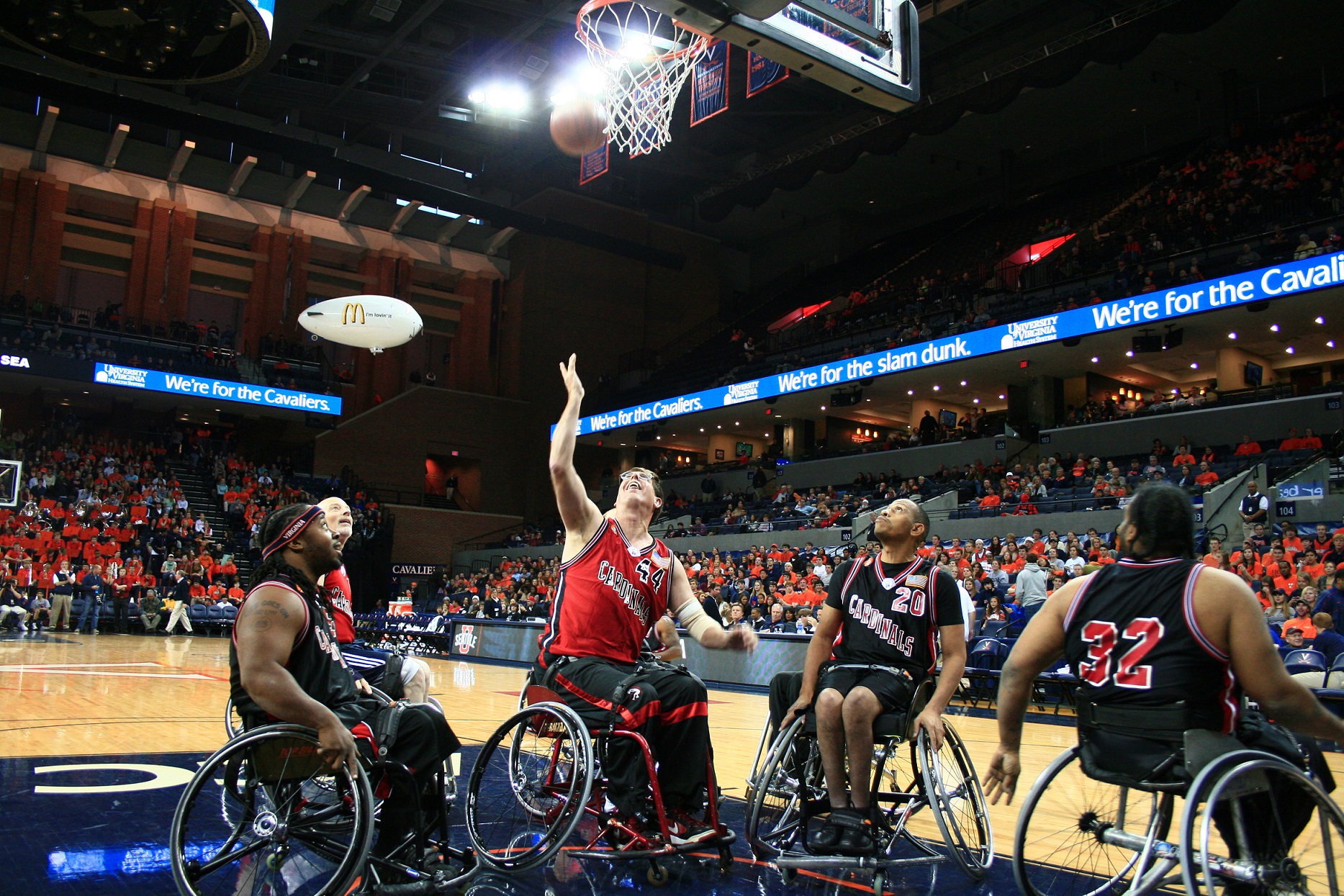 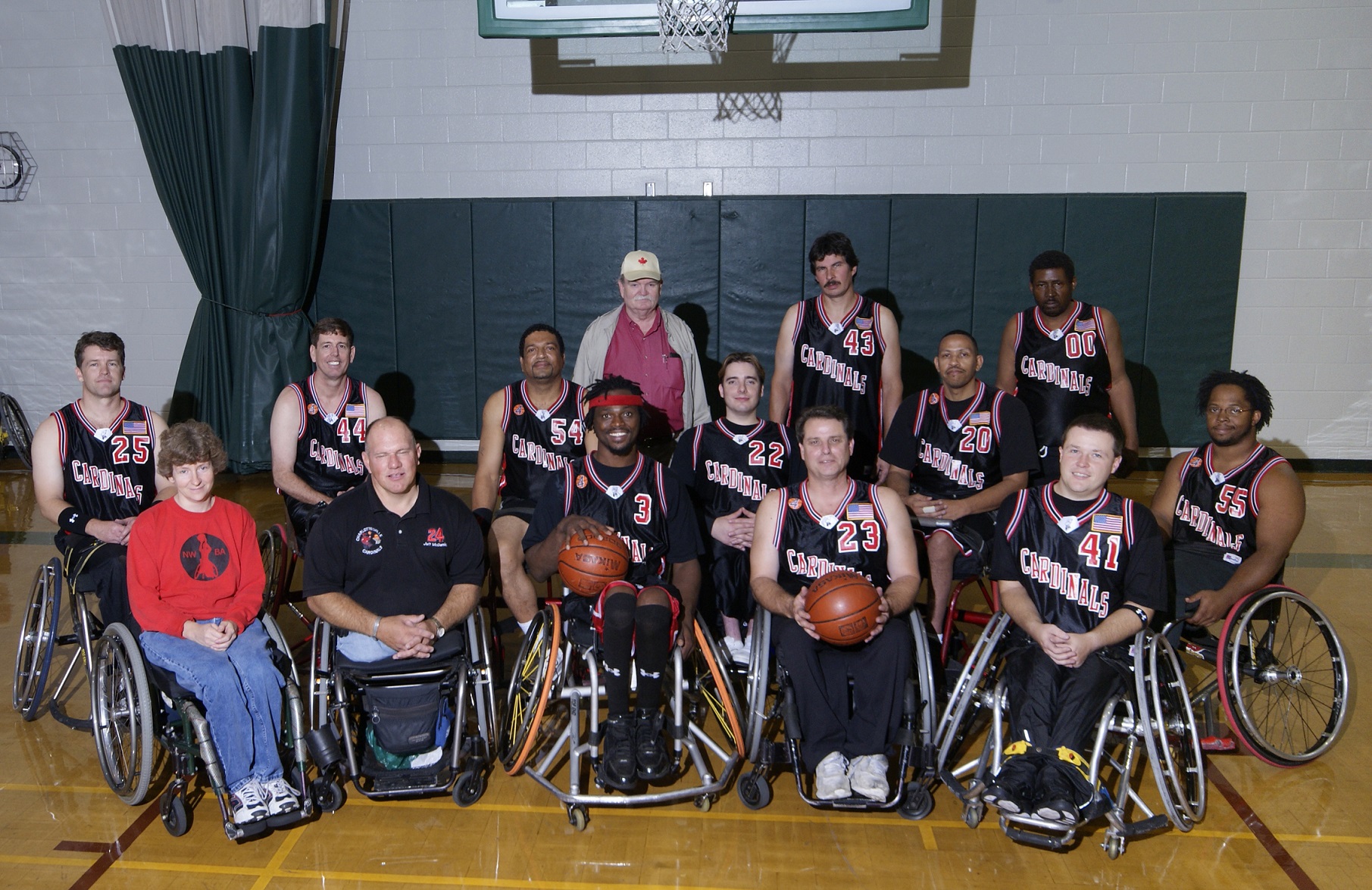 The Cardinals’ line-up includes men and women, young and old. The youngest current player is 25 and the oldest is 66. The Charlottesville Cardinals compete in the National Wheelchair Basketball Association and also perform numerous demonstrations at schools, churches, and community events to educate the general public concerning the abilities of people with disabilities.

They have also assisted numerous community groups raise funds for various causes throughout the years. Throughout its existence, the Charlottesville Cardinals have remained committed to their mission of eliminating attitudinal barriers towards people with disabilities by energetically demonstrating their “abilities”, rather than “disabilities”, on the basketball court. 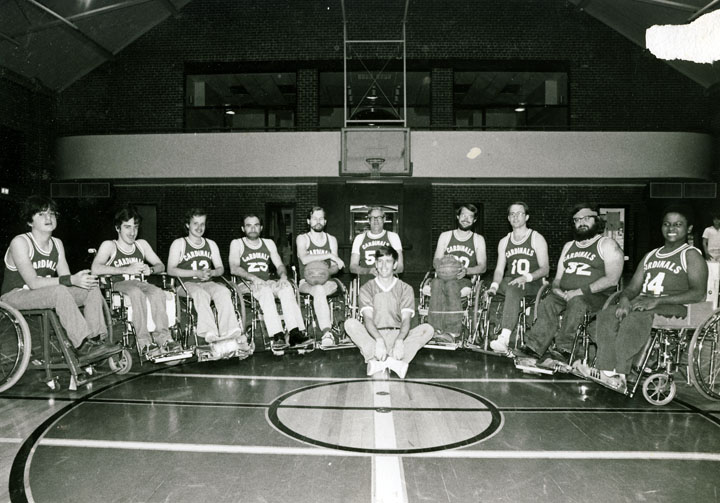 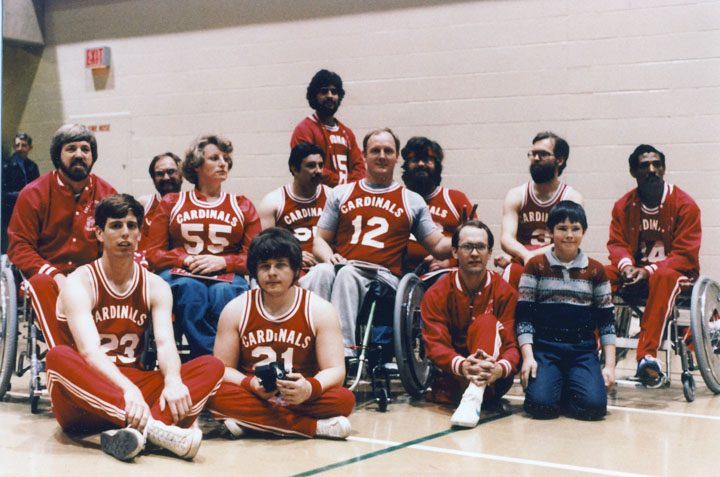